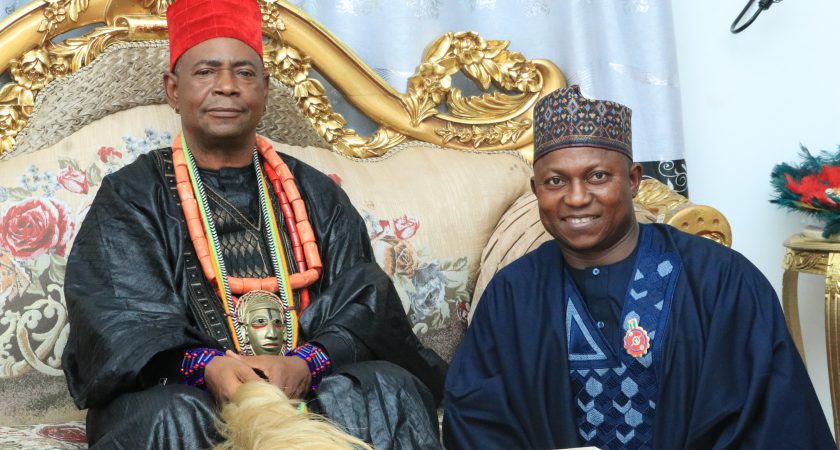 While laying royal hands on the Rector who was on a congratulatory visit to the palace at Idah on Tuesday, 7th December, 2021, the Ata Igala prayed for him to be guided with more wisdom and resourcefulness required to do more for the Polytechnic and humanity as a whole.

The Ata who is also the Chancellor of Federal University, Oye-Ekiti, also commended Dr. Usman for the landmark achievements in Kogi State Polytechnic and thanked the Kogi State Governor, His Excellency, Alhaji Yahaya Adoza Bello for appointing and supporting the Rector to record lots of positive achievements.

He prayed for more success and greatness of the Polytechnic under Dr. Usman, and promised to always pray for the Rector and the institution.

Dr. Salisu Ogbo Usman, who was accompanied on the visit to Ata of Igala Kingdom by the Special Adviser to Kogi State Governor on Education, Science and Technology, Dr. Gabriel Otta, Director of Works and Services of Kogi State Polytechnic, Engr. Abdullahi Adamu Ayni, among others, thanked the Royal Father for receiving him and his entourage.

He also wished him long life and sound health on the throne and promised to always seek his blessings and guidance.